Commissioned by Gallery Libby Sellers, Studio Formafantasma explored the potential of lava as a raw material and a sustainable alternative to carbon fibre. Lavic fibre was combined with cotton to weave two tapestries.

Inspired by the eruption of Mount Etna on 20 November 2013, Studio Formafantasma investigated this fiery Sicilian phenomenon, where the landscape and forces of nature collide. The tapestries, woven from lavic fibre, show the ancient Greek gods of Mount Etna, Hephaestus and Athena, emerging from the rock. Normally only used in high-tech applications, lavic fibre is put in the spotlight by placing it in a traditional, artistic context, with clear references to its origins.

Basalt yarns, which are smooth and can be compared to fibreglass, were used for the first time for this project. Combining the basalt yarns with white cotton ensures the colour and material stand out.

Amsterdam-based Studio Formafantasma combines the talents of Italian designers Andrea Trimarchi (1983) and Simone Farresin (1980). The duo graduated from the Eindhoven Design Academy in 2009. Their designs are characterised by experimental research into materials, the relationship between tradition and local culture, a critical approach to sustainability and the significance of objects as cultural conduits. They have won numerous awards, including the Milano Design Award 2017 and the Elle Deco International Designer of the Year Award 2018. 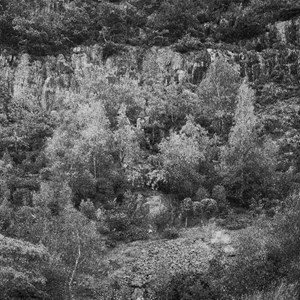 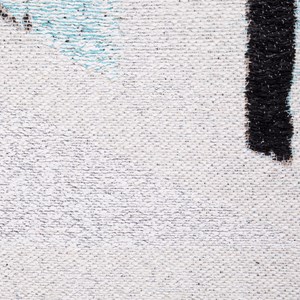