Untitled (Black) from the Technicolor series

For the immersive ‘Technicolor’ installation in the High Museum of Art in Atlanta, designer Jaime Hayon worked with the TextielLab in 2016. The Spanish artist and designer takes his inspiration from street culture, comic strips and the wonderful world of the circus, and his fluid drawing hand is clearly visible in these colourful woven tapestries.

Hayon belongs to a new generation of designers who blur the boundary between art and design. His autonomous work is characterised by an exuberant imagination and playful eclecticism. ‘Technicolor’ in Atlanta’s High Museum of Art was Hayon’s first solo exhibition in America. Suspended from the ceiling of the Anne Cox Chambers Wing were six large-scale textiles based on designs Hayon created for the piazza installation ‘Tiovivo’. All of these works showcased Hayon’s explorations in colour and technique and were commissioned as part of the museum’s ongoing commitment to enhancing its contemporary design collection.

Because the tapestries hung loose in the space, the back of design had to be as appealing to look at as the front. This made it necessary, during the development phase, to constantly keep in mind the influence a colour change or binding would have on the back of the design. Subtle differences in height were created by weaving alternate layers of loose and fixed weave.

The result is a plush, voluminous surface. The textiles were thoughtfully made using a mix of traditional and non-traditional materials including mohair, lurex, cashmere, and rubber.

Hayon (Madrid, 1974) studied industrial design in Madrid and Paris. After graduating he joined Fabrica, the Benetton-funded design and communication academy in Italy, where he directed the design department from 1997 until 2003. He set up his own studio in 2000 and has dedicated himself to his personal projects since 2003. He has designed furniture for the iconic Danish company Fritz Hansen as well as Magis, Established and Sons, Bernhardt Design, Ceccotti and Moooi.

He is also internationally sought after for the design of restaurants, shops and exhibitions.  Hayon has won numerous awards for his work, including Wallpaper Magazine’s ‘Breakthrough Creator’ and the ‘Elle Deco International Award’ in 2006 and 2012. 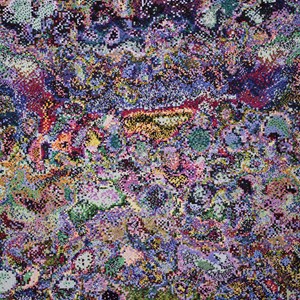 Bangladesh, from the series Faith 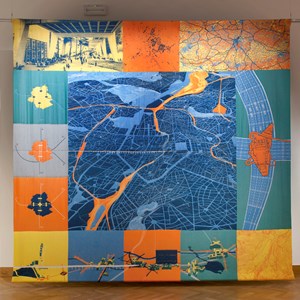 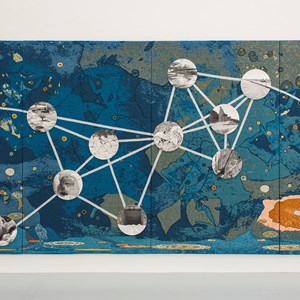 The Weight of Scars