The ‘Cosmic Curtain’ designed by Inside Outside for the National Library in Doha, Qatar gives new meaning to the idea of ‘flexible space’. It was a real challenge for TextielLab to create this 700 m2 curtain as a fundamental piece of the interior architecture of the library.

Qatar’s National Library was designed by the Office for Metropolitan Architecture (OMA) as a large open space intersected by a bridge. Beneath the bridge is an auditorium for events and presentations. OMA, founded by renowned Dutch architect Rem Koolhaas, asked the interior and design agency Inside Outside to develop a curtain that could define and close off this area. The curtain is opened after each use to restore the original space.

Featuring a design inspired by the desert night, the curtain creates an intimate inner world. The functional circles from the initial sketches have remained intact: spheres of different sizes represent heavenly bodies. The graphic lines surrounding them are a reference to astrolabes, the inclinometers historically used to calculate the positions of planets and stars. These navigation instruments were particularly prevalent in the Islamic world in the 8th and 9th centuries and are on display in the Museum of Islamic Art in Doha. Along the inside of the curtain the colours shift from deep black to dark blue, with planets and stars in different shades of silver.

The outside of the curtain reveals the same damask pattern, but variations in the weft mean that the fabric on this side is almost completely made up of whites in shiny and matt yarn. Light on the outside, dark on the inside: the two sides are as different as night and day. The National Library was officially opened in 2018.

Petra Blaisse from Inside Outside and the TextielLab started this project in 2006. The challenge was to create a fabric that is flexible enough to be pulled along horizontal and diagonal rails. The curtain had to look good and move easily in every direction, including a slanted section above the stairway. A special steel frame was placed diagonally above the stairs, following the incline of the seating. This design presented an immediate challenge: how to make a 100-metre curtain that falls well and moves smoothly across both straight and slanted sections?

The flat, loose weave gave the best result and was selected for further development. The suitable yarn had to tick many boxes: shiny, smooth, strong, durable, colourfast, non-shrinking, crease-resistant and fire-retardant. Flexibility was realised by weaving the cloth with a loose binding and a firm and supple weft.

Established in 1991, Inside Outside is internationally recognised for its striking interior and landscape designs. Characteristic of the agency’s interiors is an inventive use of textiles as a dynamic, spatial element. Curtains transform spaces, changing the light and atmosphere; carpets help to bring the garden inside; and walls improve acoustics or introduce spatial effects.

Founder Petra Blaisse’s mission is to find new answers to complex questions. These questions often come from architects and involve technical details such as acoustics, lighting, climate control, sight lines, privacy and movement. Blaisse and her team frequently work with the TextielLab to develop custom curtains. 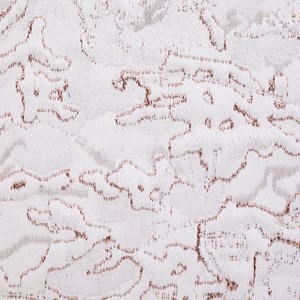 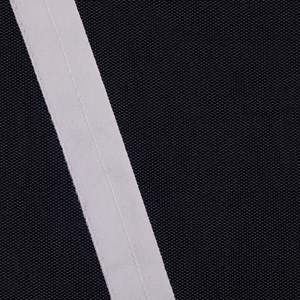 Publications are available in the Museum Library.